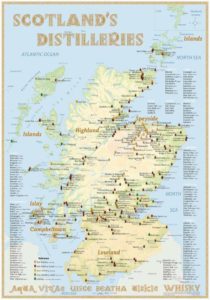 Did you know that Whiskey is an eau-de-vie obtained by the distillation of one or more cereals and aged in oak barrels? Although as it’s not possible to directly distill cereals, it is necessary to extract them and transform the sugars contained in these cereal grains into alcohol, while using yeast. As far as we know, fermentation is therefore the backbone of this complex process.

To summarize, we can say that Whiskey is a fermented grain brandy, starring seemingly ingredients, such as grains, water and yeast. An aromatic melting-pot passing through different vats and filtered through various stills, before aging in oak barrels. By the way, you have to remind that each detail counts in the elaboration of this popular spirit, within the ingredients, the tools and maturation periods employed… All of these elements hold an enormous importance in the creation of the aromas building of the future texture of your favorite Whiskey.

For information, Whiskey is now popular all around the World, even though its origins come from the Irish and the Scottish regions, with a certain mystery floating upon the exact birth date of this delicious brandy. Anyway, you have to remember that the first distillation traces would have appeared in Egypt, 3000 years BC, since perfumes and kohl, a dark powder used as eye shadow, were distilled at that time. Moreover, the alcohol mention only arose at the end of the Middle Ages, as a natural derivative of the Arabic al khôl word. That’s why, from the 9th century BC, the first liquor of arak was getting obtained in India, by the distillation of molasses, sugar cane or fruit.

A couple of years later, the Irish missionaries, led by Saint Patrick, have brought back from their evangelizing journeys this precious distillation technique into Ireland, in order to notably adapt it to produce some uisce beatha, as the first Celtic translation of brandy. Nonetheless, from the 15th century and originally used for medicinal purposes, this uisce beatha was initially distilled from cereals, whether barley, wheat or oats. Although, we believe that the brandy gathered the first version of the current Whiskey. At first sight, closer to a fragrant herbal and honey-based liqueur, this beverage was mostly served as a sort of antibiotic solution, perhaps even as a remedy for food poisoning. This is undoubtedly what explains the origin of this name, imbued with religiosity, given to this nectar.

A little bit lat, in 1170, the British armies invaded Ireland and the soldiers of King Henry II would then have discovered this alcoholic drink, that was already very popular from the native population but soon from the soldiers… The story goes that the British citizens would also have fallen under the spell of this uisce beatha, sometimes considered as the only common point shared with the Irish enemy. On top of that, since this spirit held a completely unpronounceable name for the English invaders, it gradually became Whiskey, time after time…

Anyway, we are pleased here to pursue our French spirits series, we are pleased to announce you here the arrival of Whiskey some years later in France and introduce you a couple of French made initiatives in this sense. You would see that most of them were supported and sold now in the specialized online platform of the Whiskies du Monde. By Alex Plato 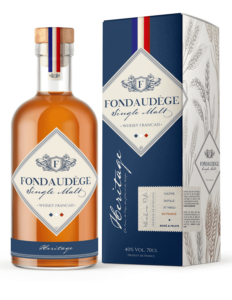 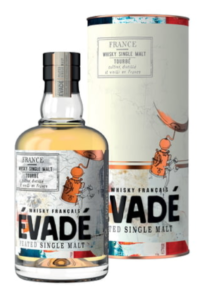 With a deep wish to highlight the French terroir through the foundation of a new brand of a genuine single malt whiskey. Fully made in France, this Fondaudège edition respects the traditional process of this popular spirit, while paying a tribute to some French heritage, and more particularly to the ancestral national distillery know-how. Therefore, this single malt proudly displays its coat of arms, discreetly adorned with a tricolor color code and an artisanal handwritten signature, reflecting the care taken in the elaboration of this nectar. 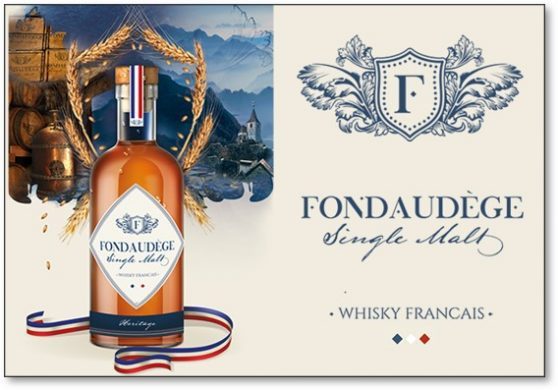 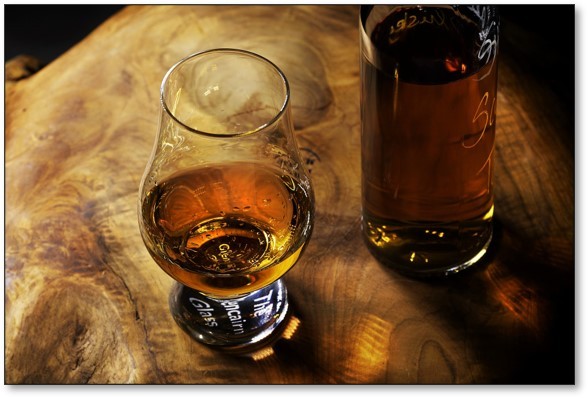 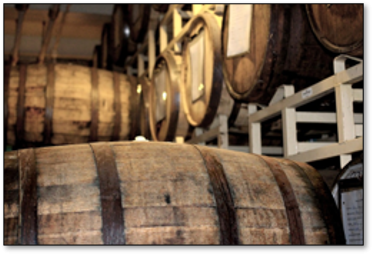 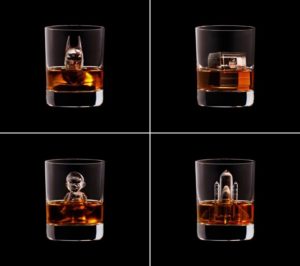 Thus, rich of twenty years of exploration in the four corners of the Planet in search of the finest treasures, Whiskies du Monde decided here to open a new chapter. Associating with leading distribution stores, the challenge was to release a relevant Whiskey, offering an delicious tasting moment, accessible to a wider audience.

Developed, distilled and entirely aged in France, we can say that this Fondaudège Héritage is an authentic and pleasant French single malt, without notable complexity. For your information, this jewel is sustainably matured in recent French oak barrels that have already contained eaux-de-vie, bringing some additional roundness. For instance, this recipe has been chosen for the variety of gourmet aromas, full of wooden and fruity notes. Regarding our experience, we could admit that the result is the signature of a great whiskey.

Furthermore, available at an affordable price of 30 euros, this double French single malt was made with local quality barley, distilled in a real Charente still, before becoming an uncolored (therefore no added caramel) and unfiltered whiskey.

Once open, the bottle expresses explicit fruity notes, starring a constant pear from the nose and until the final touch, along sweet flavors of brioche, the floral orange blossom and even caramelized apples. In your palate, don’t miss the woody and spicy assets of pepper, cloves, roasted coconut, vanilla flan and cereals, before a warm and elegant final of pastry and pear of course! 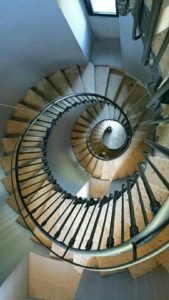 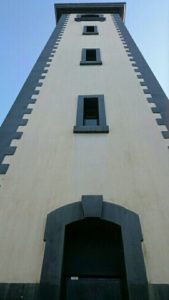 Following our preview article about their rhum, somehow enhancing their regional heritage. Indeed, the name of this distillery is Moon Harbour as the literal English translation of Port De La Lune, showing the pride of their native city of Bordeaux. For your information, this is the port of Bordeaux, but nicknamed like that in reference to the moon-shaped of the Garonne river crossing the city. By the way, this crescent moon appears on the local coat of arms, highlighting the high role of this waterway in the international trade, essentially in the 18th and 19th centuries. Nestled in a neo-classical architectural unit, known as the Chartrons district, this trade route was important to import merchandises, while mainly exporting wines (photo credits: Moon Harbor).

Therefore, this Moon Harbour project was born out of a friendship between two passionate epicureans, both passionate about the multiple flavors of this spirit, combined with their deep attachment to the Bordeaux region. 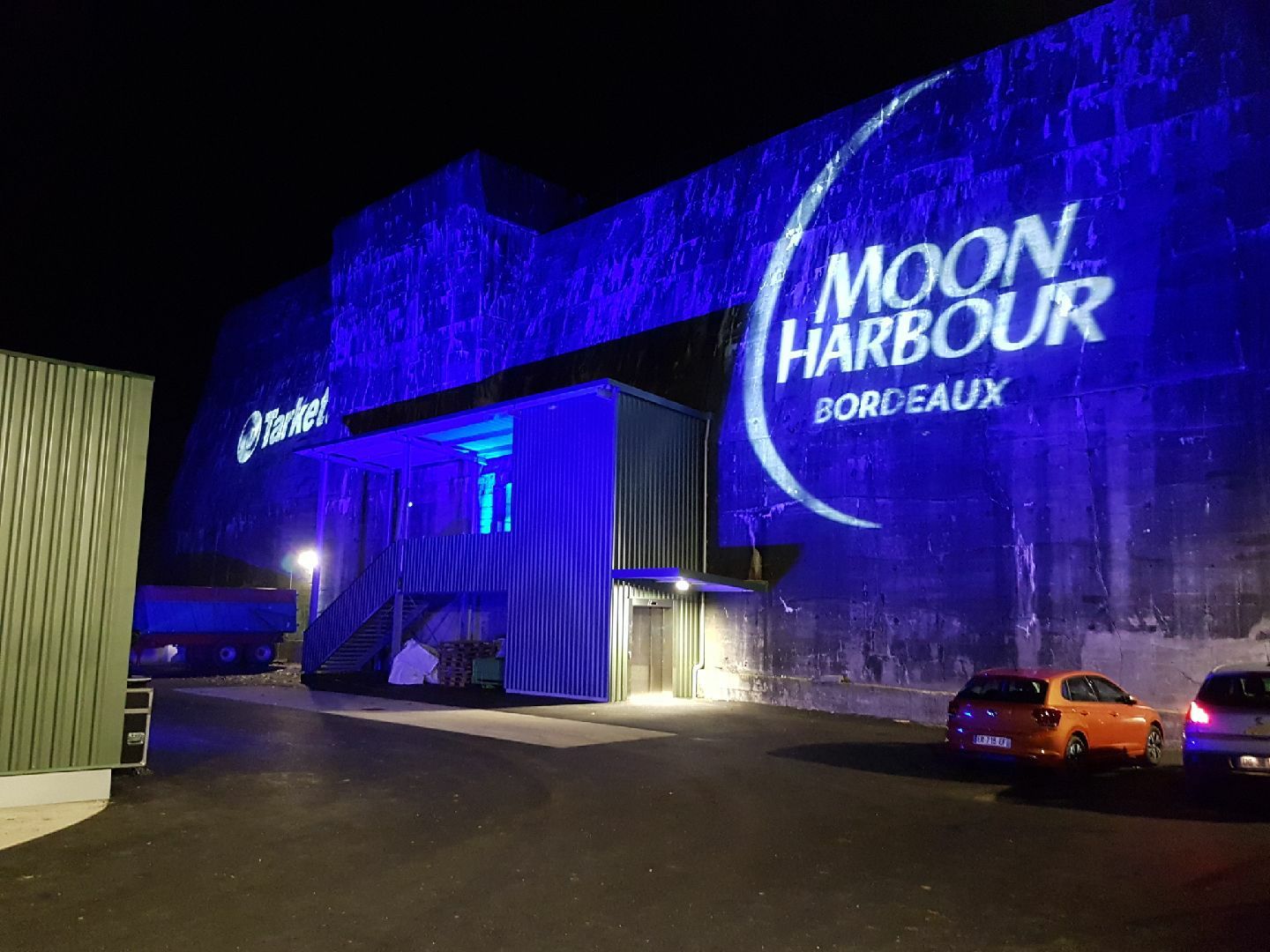 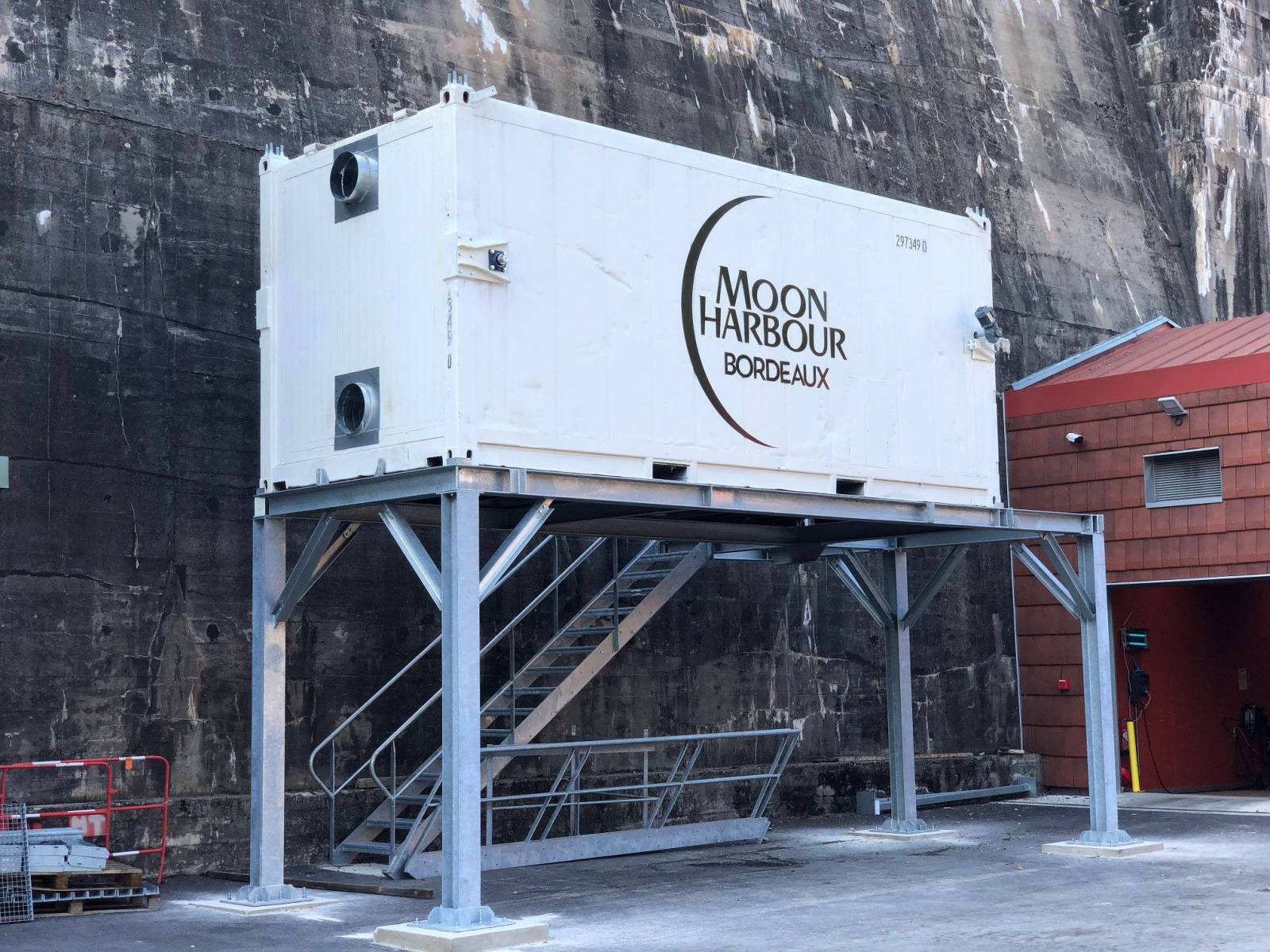 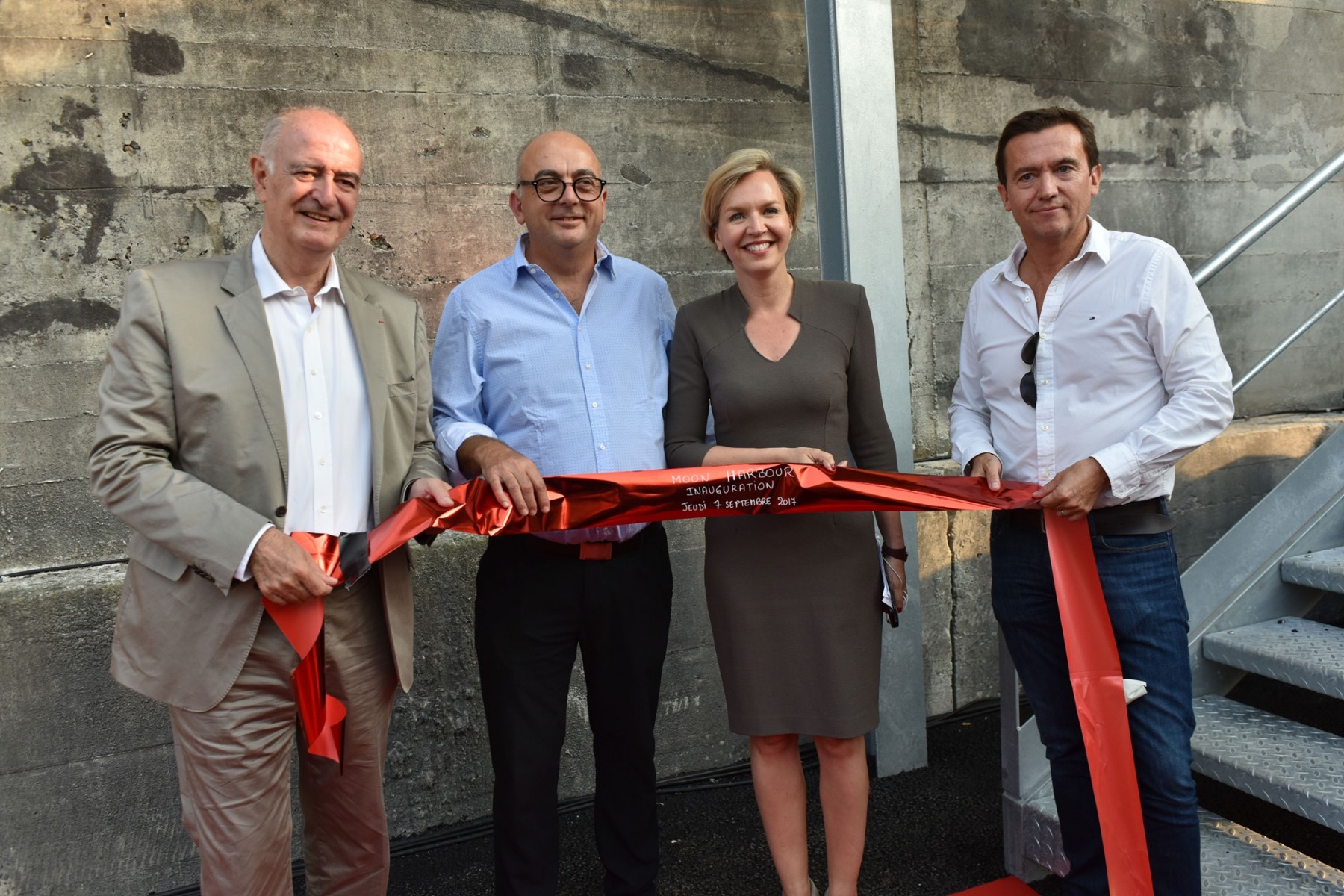 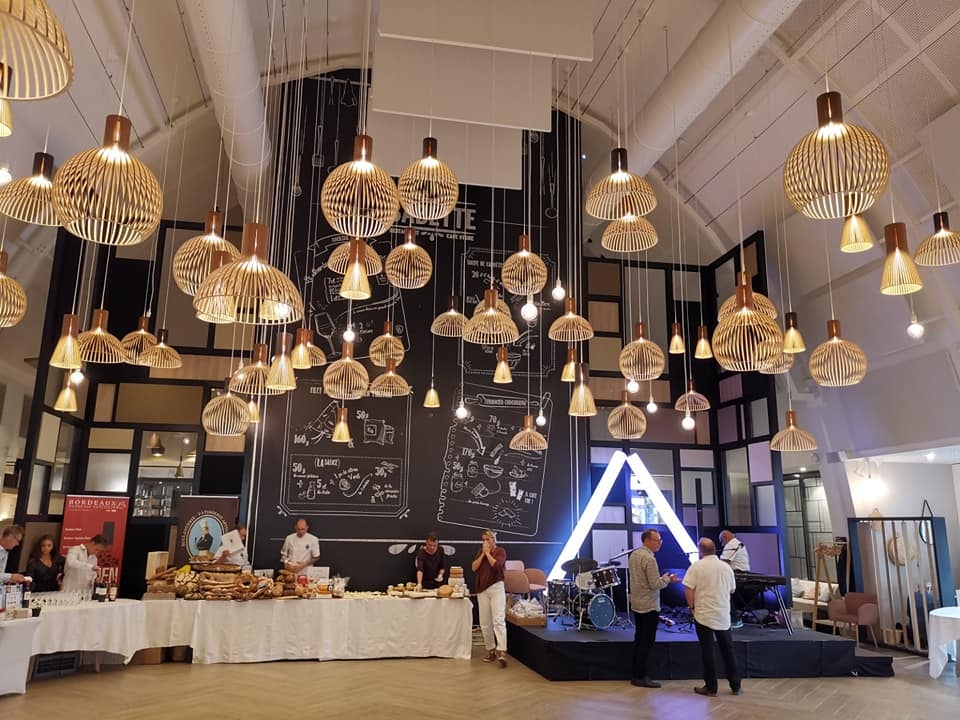 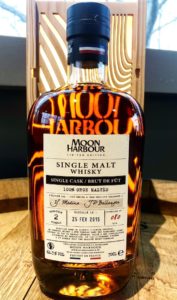 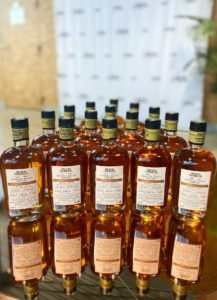 In a way, their common objective of this ambitious project was to produce the first Whiskey from Bordeaux, after that Jean-Philippe and Yves have shared long moments tasting all kinds of Whiskeys and Bourbons from all sources. Indeed, driven by a meticulous curiosity and motivated on the excellent image and remarkable notoriety of local wines, notably from Bordeaux, the two associates found their own manufacturing process, with the support of various experts, oenologists, and wine merchants.
Furthermore, after 3 years of research and studies in association with an illustrious Whiskey expert from Scotland, in the person of John McDougall, the decision was made to design an innovative Whiskey. In fact, a spirit representing the Bordeaux state of mind, due to the location of their distillery in the very heart of the Grand Port Maritime of the city and that could be appreciated for its unique taste, flavor and color. 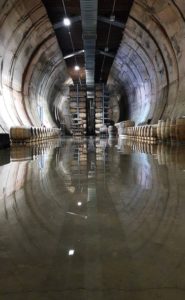 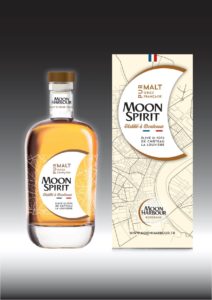 By the way, feel free to visit their new construction, combined with the rehabilitation of a monument dear to the city’s history, which was a former bunker built by the Germans during the 2nd World War and situated behind the submarine base.

Under the high roof of this bunker hosts many events and the production of this Whiskey, made with barley from Saint Jean d’Illac, a fertile village near Bordeaux. Brewed, fermented and then slightly simple batch distilled in a Stupfler alambic for a more aromatic result, just before a careful aging carried out in casks of the Château La Louvière, also famous for its red wine.

In terms of the personality of this Single Malt Whiskey, you would easily notice its enticing golden dress, introducing multiple fragrances of honey and peanuts. 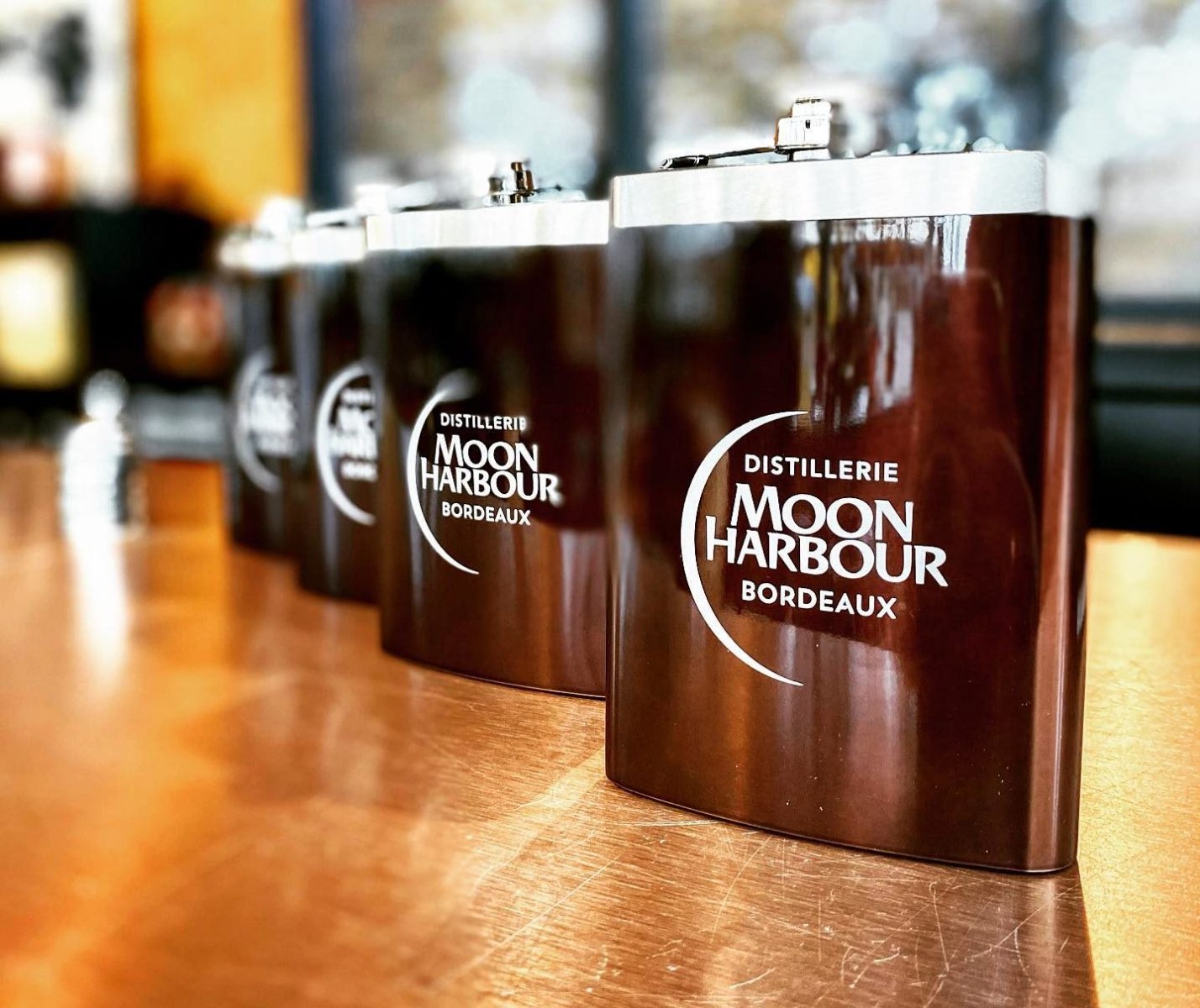 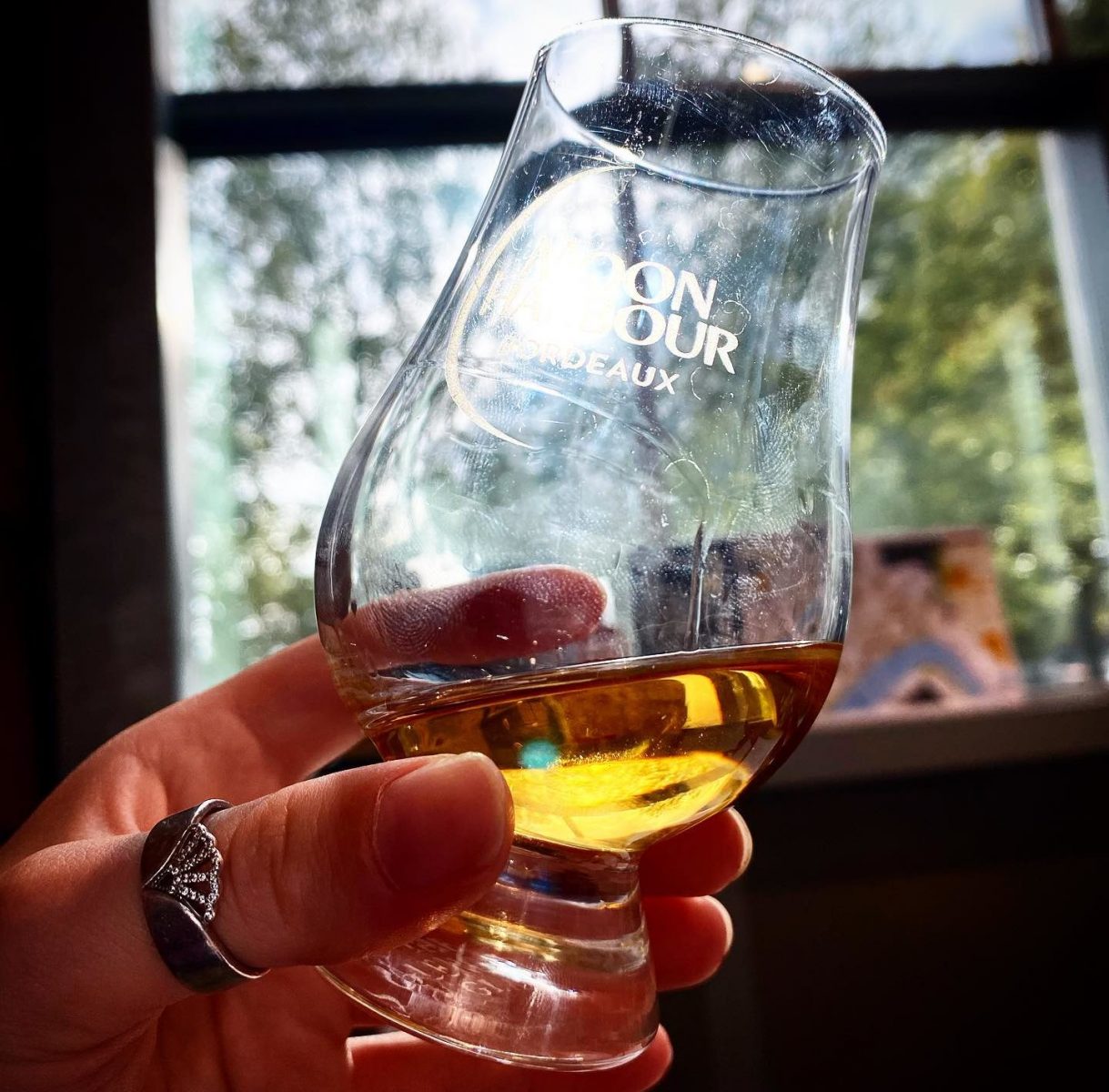 Then, a set of explicit spicy aromas would naturally follow, ending with evident notes of pear. Once in mouth, you would find related grain aromas, as well as fresh bread. Last but not least, this pure malt is advised to be tasted chilled, ideal for an aperitif, otherwise accompanied by fresh cheese or neutral spicy tapas. 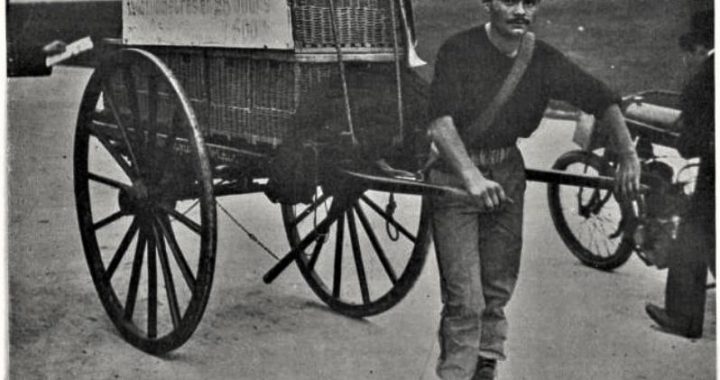 Initiate yourself with the wide plurality of the Bordeaux wines! 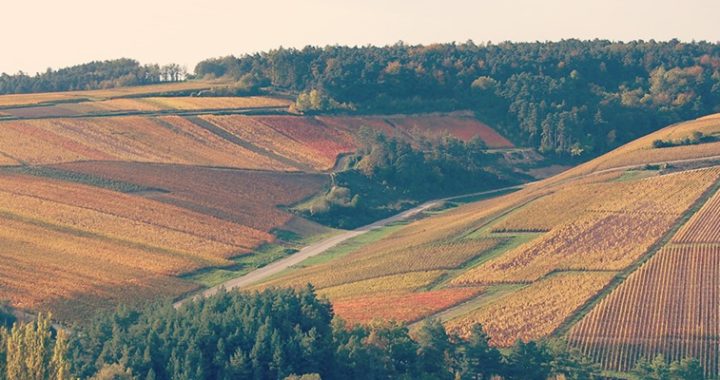 On the way to the Champagne made in the Montagne de Reims, with Taittinger and Palmer