Skip to content
As part of its new thematic session, the Forum Des Images, in the Forum Des Halles, presents a retrospective on Oliver Stone’s cinema, entitled “The World is Stone”, with the exceptional presence of the director on the week of January 24th to 28th, 2018 to introduce some of his films, during screenings-debates, as well as for a masterclass. An excerpt from the masterclass and a presentation by the director in the preamble of the session (Photo credits: Alexandre Plateaux).

The opportunity to deepen the knowledge of the Man and artist, through his career that has crossed the ages and multiplied collaborations.
Thus, we learn more about his many references and his artistic approach but also for example, the fact that his film U-Turn was shot in 37 days and that the soundtrack (which he could appeal to 5 composers simultaneous entrusted to Ennio Morricone, differed from the original wishes of the director. Over the course of these projections, Oliver Stone’s desire to communicate to the world his thirst for truth and his vision of the United States, strongly tinged with satire, is felt.

This program is part of a much wider panorama for which the Forum des Images is focusing on “American Cinema in 80 Films” and this stretching until February 28, 2018. A portrait full of history and mythologies American through a selection of cinematographic works through the ages, giving a focus on the directors of John Ford to Spike Lee, Sidney Lumet, Michael Mann, or Brian de Palma to Kathryn Bigelow.

A set of films revisiting a myriad of founding myths of the American imagination: the figures the self-made man and the leader, the exercise of power and its deviance. Within this kaleidoscopic vision of the United States carried by the Hollywoodian cinema, the documentary also participates in the deciphering of the ideals of a society and its setbacks: a financial system that explodes (Once upon a time … Wall Street), the disillusions of patriotism and a sacrificed youth (Killing Time – Between two fronts), a political drunk of power… However, the fabric of democracy is still at work (At Berkeley) and America keeps feeding our imagination (Dust of America). The Forum Des Images, a temple dedicated to moviegoers

In the heart of Paris, this place offers an eclectic program, regularly renewed, allowing fans to update their cinematographic culture, including many events and exclusives. A real meeting place since it includes 4 cinemas (444, 276, 100 and 30 places), 5 reception areas, 2 meeting rooms (50 and 25 seats) (in photo the largest room 500, photo credit: Alexandre Plateaux).

Therefore, many animations are proposed to the public as well as their children, and the presence of a coffee reinforcing this spirit of agora. Accustomed classics brought up to date, we find during this American them nuggets such as “Plot to Dallas” by David Miller, “Greetings” by Brian de Palma or “The Ultimatum of the Three Mercenaries” by Robert Aldrich.

Not to mention the presence of Oliver Stone’s documentary series, “Another History of America”, to be consulted in the Collections Room, offering ticket holders a 2-hour access to the bank of over 9000 films made available (photo credits: Forum des Images).
Finally, the Forum des images invites you to discover a selection of short films awarded at the 30th edition of the Festival Premiers Plans that took place in Angers from January 12th to 21st.

For more information on the program: https://www.forumdesimages.fr/les-programmes/le-monde-est-stone 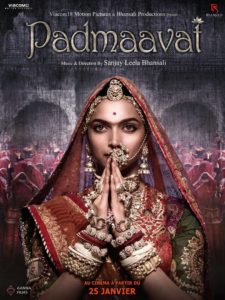 Decryption of the Indian Cinema with Agilane Pajaniradja, distributor in Europe 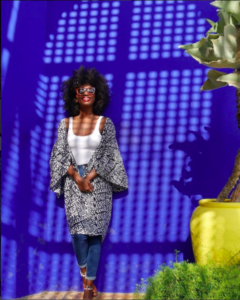 Inna Modja from Paris to Bamako, serving the women cause