Imagined, conceived and created at the dawn of the year 2000, the Cirque Phénix is one of the largest and most notable marquee in the world, celebrates its seventeen years of existence and success! Created by a deep Circus Art enthusiast, Alain Pacherie, also president of the “Cirque de Demain” World Circus Festival, one of the largest international festival and competition of modern circus. Check the full video here. 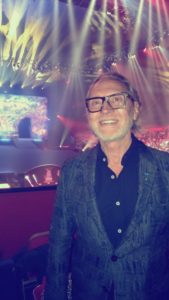 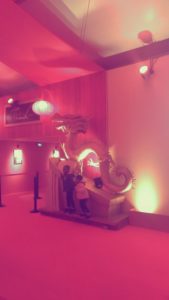 Sign of destiny, the Phoenix, similar to the mythical bird, was born of a storm! Fruit of a dream a little crazy, it was wanted by Alain M. Pacherie to constitute a splendid case to shows out of norms. Solidly encamped on its steel arches, this gigantic canvas nave is now home to hurricanes of applause and tornadoes of light and colors!

Seventeen seasons have been through since almost six million spectators discovered this unique show, renewing inspiration every year, in an exceptional hall, to be said the biggest in the world (photo credits: Alexandre Plateaux). 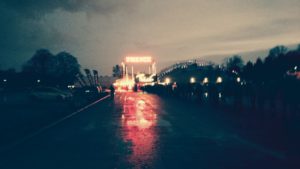 Many themes from tradition cultures were indeed put into the stage, not to mention without animals employed on the sets, from Tzigane, the Cirque en Liberté to Fuerza, from Légendes to Jubilé, from Lia Ya to the Emperor of Jade, from the Plus Beaux Numéros du Monde to CirkAfrika, from the Petit Dragon to CirkaCuba. Most of the times, those shows were legendary setting, installed as soon as the leaves begin to blaze on the trees of the Bois de Vincennes. 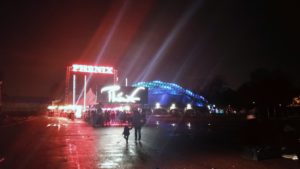 The memories under this huge dome are innumerable and if everyone has his own secret memory where he keeps his most precious moments, no one has nevertheless forgotten the absolute purity of the  National Troupe of China, an exclusivity that the circus probably produces only one by generation. 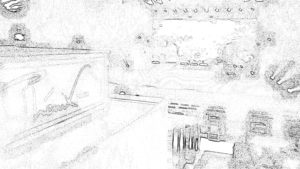 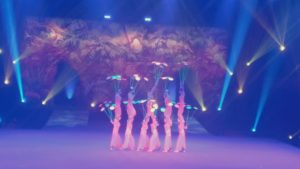 As you know, we are a few days away from the big premiere of our new show, The King of the Apes, the most famous literary work in Asia. But do you know the story? 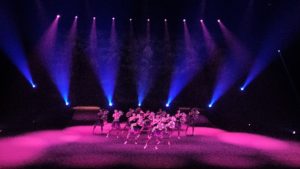 This legend of a gifted and facetious monkey going on an adventure from the plains of China to the mountains of India to get his hands on the sacred scriptures of the Buddha. Accompanied by a pig, an ogre, a monk and a dragon, they will encounter obstacles of all kinds, including monsters ready to devour them. Sun Wukong, also called the Monkey King, sometimes funny, sometimes powerful, always mischievous will he manage to end his mission? 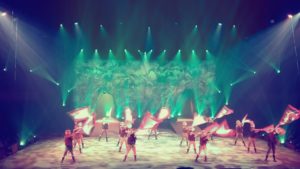 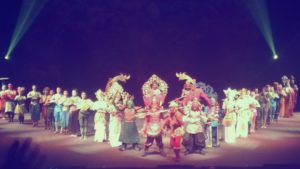 The Cirque Phénix would present an adaptation for the whole family in twelve spectacular paintings, full of passion and poetry. 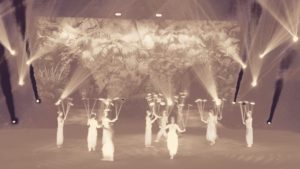 In 646 AD, in China, inside the wide mountains of flowers and fruits, Sun Wu Kong, otherwise called, the Monkey King, was born. Facetious and undisciplined, he would suffer the supreme sentence of remaining locked up five hundred years under the Five Fingers Mountain. At the same time, the monk Tang, friend of the emperor should then go to India to find the sacred texts, that he should translate into Chinese. 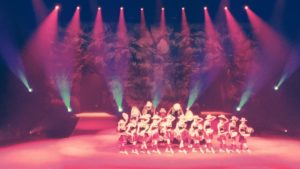 In order to fulfill this duty, he attaches the services of four turbulent disciples. First, the King of the Monkeys, whom he delivers first and who swears fidelity in return, then the Dragon Horse, the Pig-Boar, and the Distracted Dragon. The show continues, punctuated by the encounter of many incredible creatures, thanks to the exotism of the scenery. Until the end of the trip, they will spend funny and fantastic adventures. 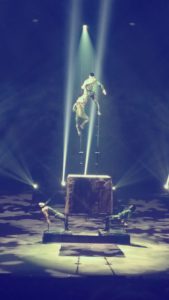 It’s in this story, taken from one of the four most famous novels of China, reinterpreted by the experience of the creativity of Cirque Phénix. The Monkey King, made on the circus version would be performed by the stars of the Beijing Circus, back after a long absence.

Wonderful, comic, and almost acrobatic, the Monkey King is suitable for all generations of spectators. And of course, as usually in the tradition at Cirque Phénix, the King of the Monkeys reserves the surprise of the great parade of disciples, specially designed for juniors.